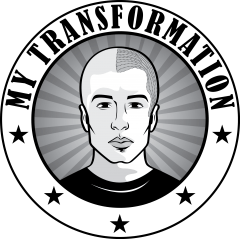 We want you to have the best experience and go through all your options with you on how we can add density to thinning hair and a buzz cut look for baldness.

Scalp Micropigmentation (SMP) is a 100% natural looking and not recognizable as a hair simulation.

SMP is safe and non-invasive with no down time so its the perfect affordable solution for restoring the confidence in both male & females that are suffering hair loss.

Be assured you are receiving the safest and most cost effective hair loss solution with SMP.

Restore and redefine your receded hairline with Scalp Micropigmentation.

Add density to thinning areas for the appearance of thick strong hair for men and women.

Conceal the visibility of your scars with small, colour matched hair follicles.

SMP places tone between thinning hairs, helping to reduce the contrast between the hair and skin.

Check out some amazing results from our happy clients. These before and after images really tell the story.

Our clients leave, feeling happier and more confident in themselves and their ability to face the world. 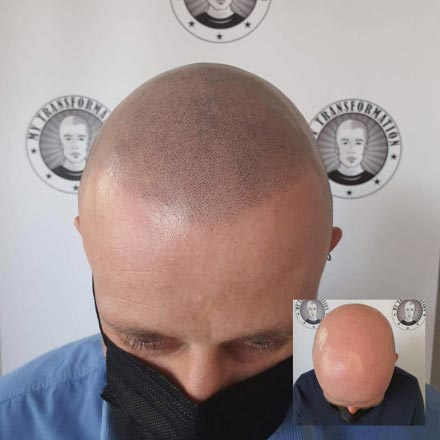 What is scalp micropigmentation (SMP)

Scalp Micropigmentation (Smp), or hair tattoo as it’s sometimes called, is the process of tattooing follicle impressions onto the scalp to replicate the appearance of hair.

SMP is an immediate Solution to hair loss.

There is no invasive surgery, no scarring and results are visible from your first treatment.

Will SMP work for me ?

Micropigmentation is an effective solution for men and women suffering from common hair loss and scalp issues including:

Give the illusion of density to fine hair and improve the appearance of thinning areas.

Cover scarring from transplantation and other imperfections on the scalp.

Fill and camouflage areas affected by the hair loss. 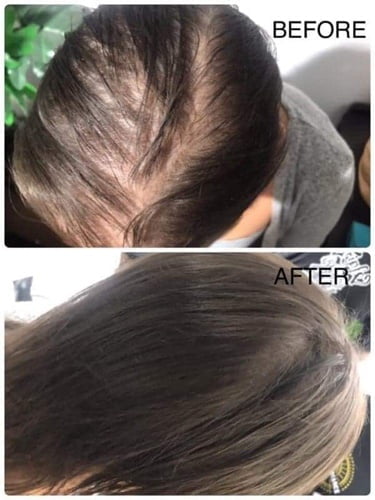  5/5
Michael at My Transformation has done a fantastic job and I would highly recommend him. My hair looks fuller and I am looking forward to the summer pool parties. Thanks! 🙂 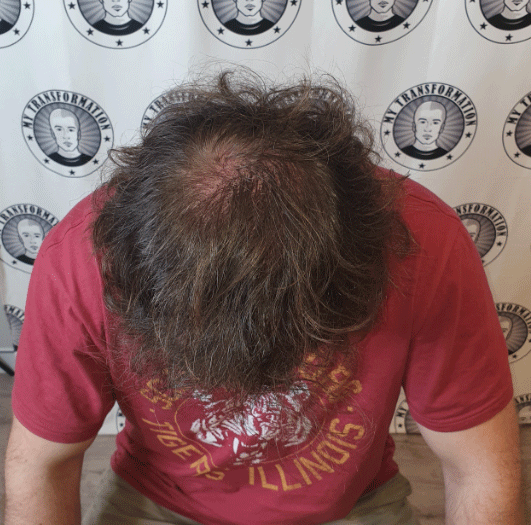 Grant Dear
I had 3 sessions with Mick and couldn't be happier with my results. BEST decision i have made this year, so happy with my new look. 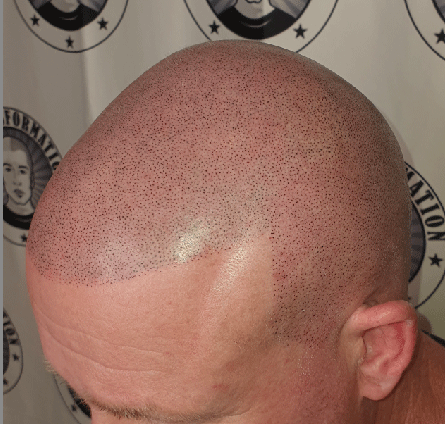 Timothy Piercy
Absolutely over the moon , attention to detail amazing, highly recommend the service , thanks heaps. 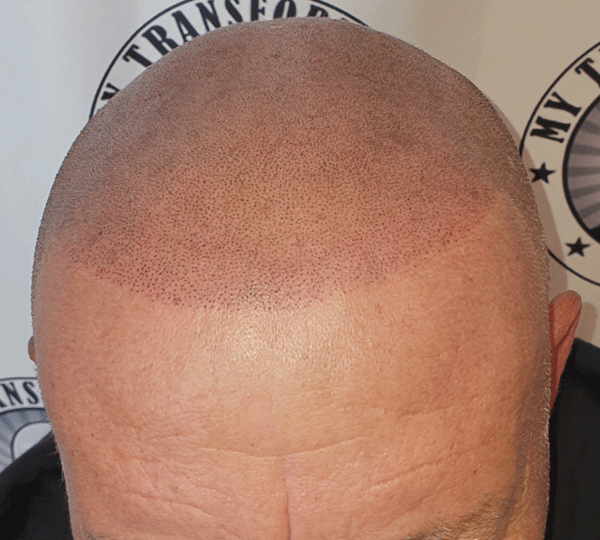 Lyle Leach
Had a great experience at My transformation. Michael is very good at what he does, offers great advice and I will definitely recommend him. I'm very happy with my results ☺ Thank you 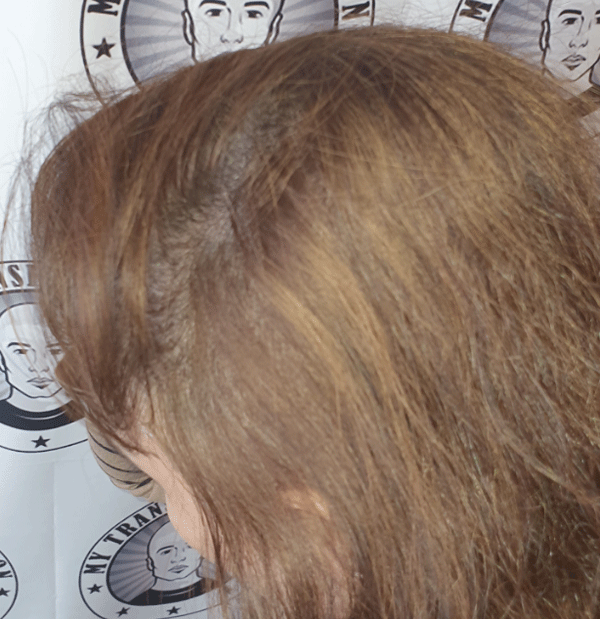 Sonal Parmar
Mick was very professional and did a great job. Every step was explained clearly and the results were excellent. 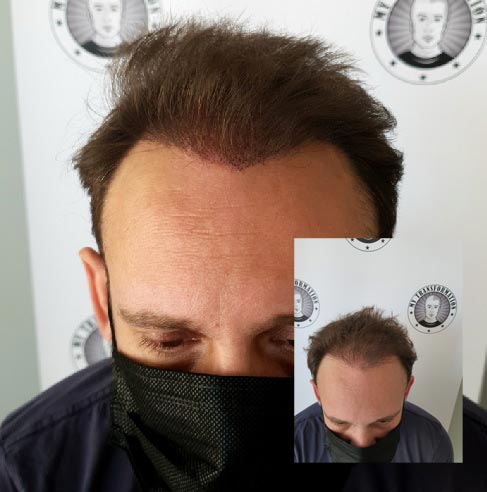 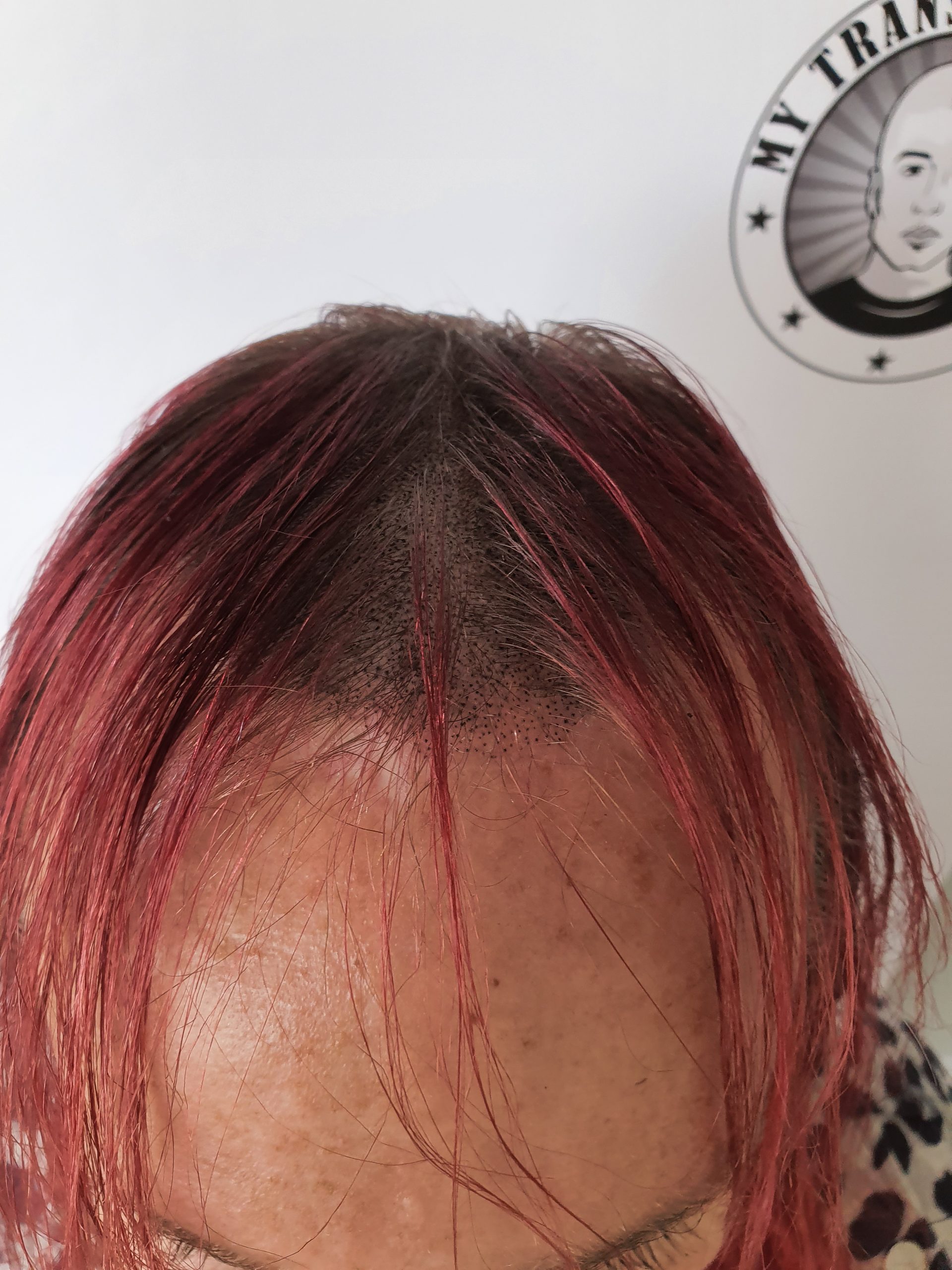 Maddelyn Armstrong
After many years of trying expensive hair growth products without success, I was advised to contact Michael at My Transformation for a consultation about his treatment and how it would best work for my situation. After talking with and seeing Michael’s own transformation I was confidant enough to proceed with my own transformation. Michael made the whole experience easy, comfortable and kept me well informed over the process. Even with follow up messages to check on my progress. Michael is highly professional and truly cares about the confidents this treatment provides to his clients. I am very satisfied with the finished product and would highly recommend anyone facing hair loss to contact Michael at My Transformation. Thank you again Michael 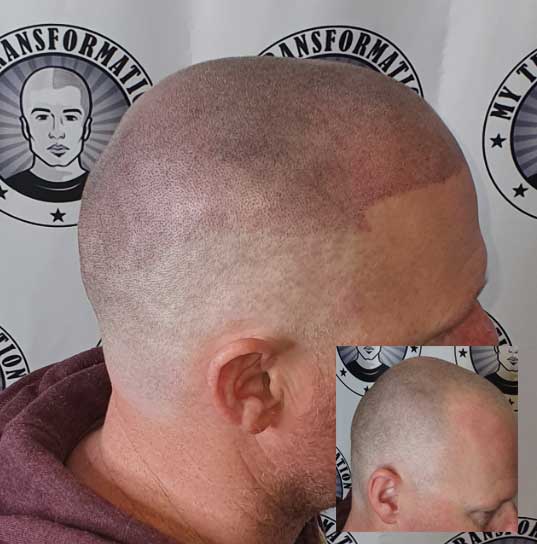 Wayne Potter
Would highly recommend Michael. He explained everything in great detail and made me feel very comfortable from the consultation and throughout the sessions. It wasnt painful, i even feel asleep during one session. Very happy with the results would definitely recommend.

John Ryan
Mick was very professional and easy to chat to , the procedure was pain free and pretty straightforward! Super happy with the results and enjoying the added confidence now 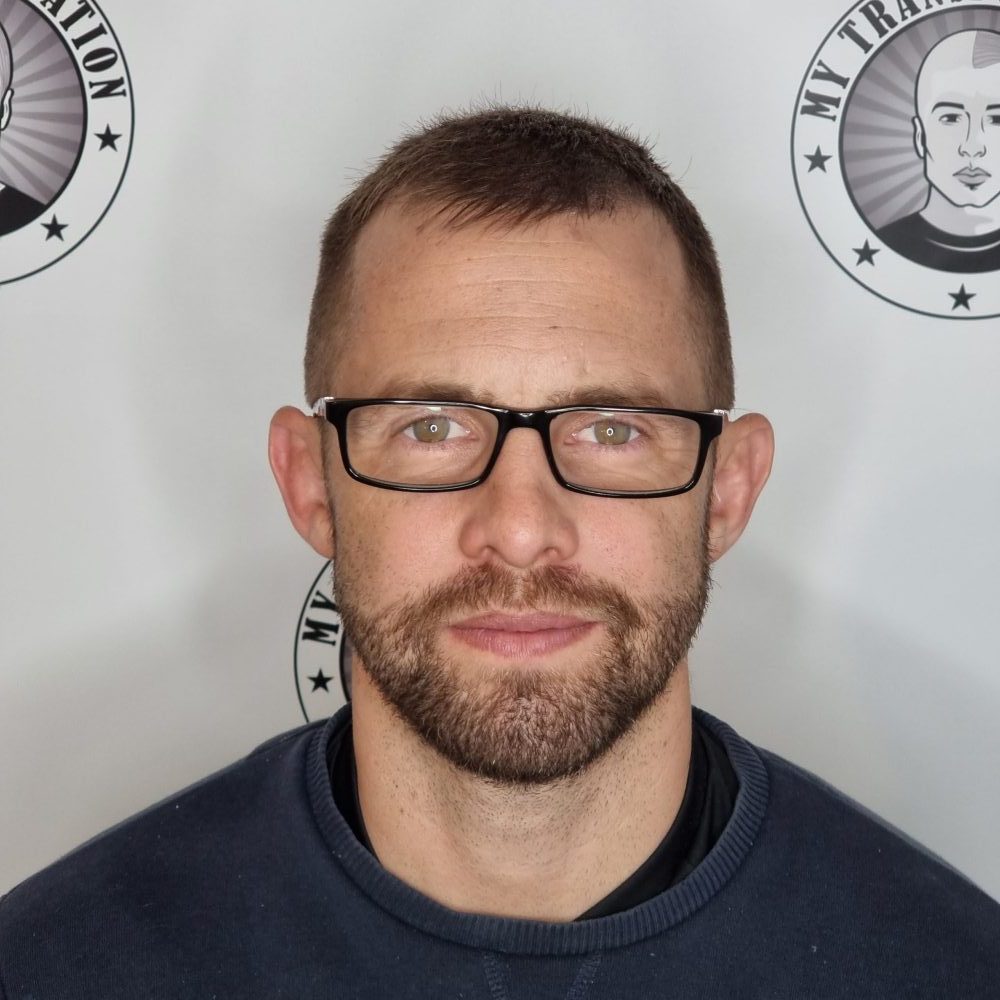 Peter Doherty
I have very fine hair that is thin looking on the top and I was very self conscious of this. I am so glad with final result looking very natural giving my hair depth and density. Would highly recommend 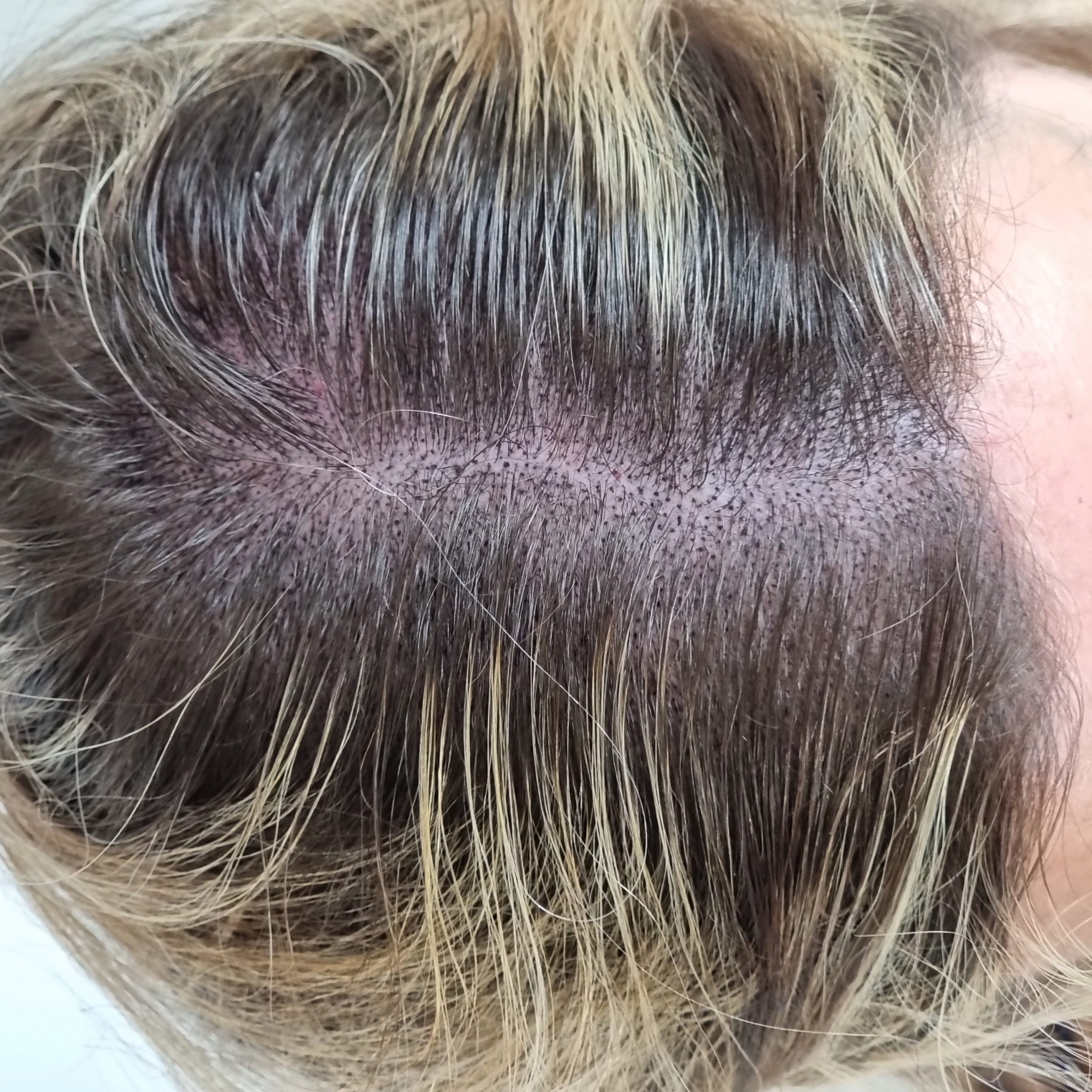 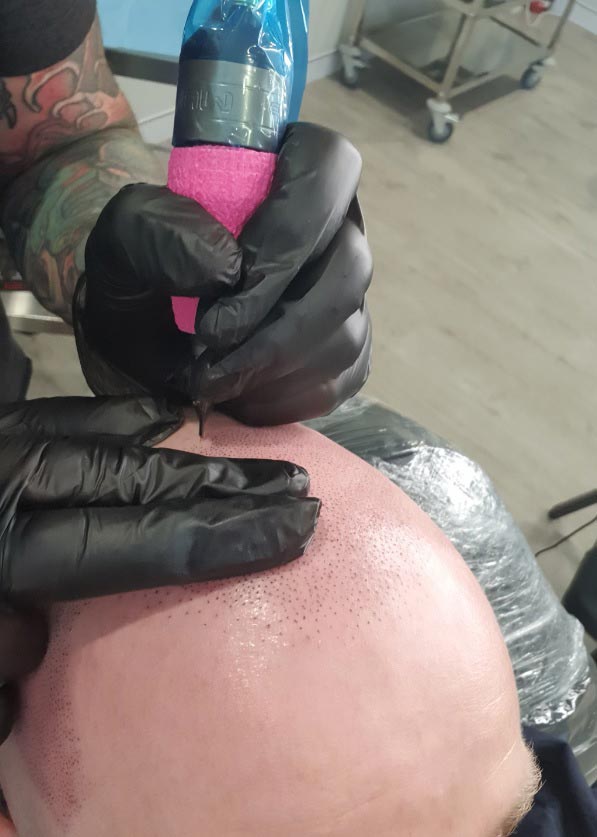 Nebojsa Cubrilo
FOR WOMEN TOO! I have recently completed my 3 appointments with Michael having my hairline tattooed and the difference is amazing! My hair is very thin so you could always see my scalp when I had my hair up but now it is much less noticeable so my confidence is much better. The tattooing looks very natural so others don’t notice unless you tell them and they look really closely at your hair. Michael was very professional in all aspects so I highly recommend. 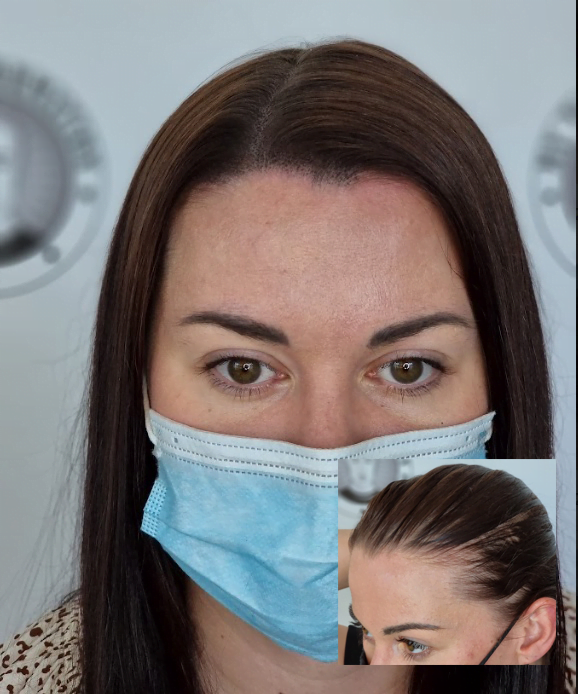 Laura Hando
I’ve had the pleasure of Michael working on my head and when I first entered I was a little weary but after the first session I was amazed at the results , after my last session the results where beyond belief Michael is amazing at what he does and gives great advice and work is 100% perfection I would highly recommend anyone feeling self conscious with hair loss this is the place to go 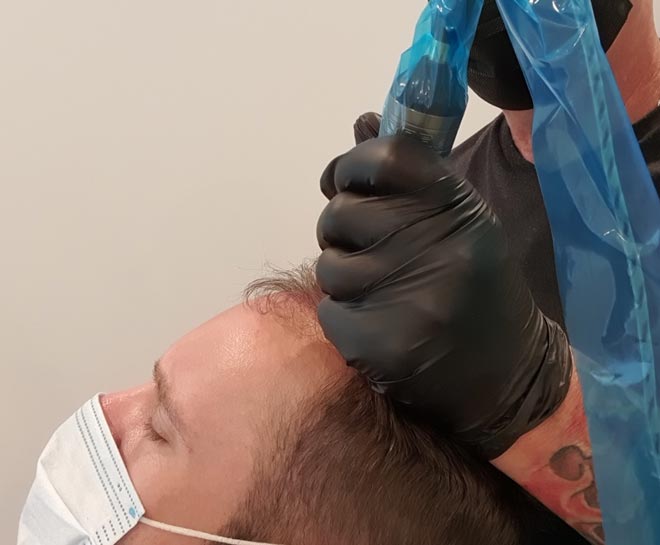 John Gotti
I have never written a review before, but I was so impressed with My Transformation, I was compelled to write one, so, grab a coffee and get ready for a decent read. I have never had a tattoo and will never be interested in getting one. The thought of getting a tattoo that was possibly going to be seen for the rest of my life was not an idea I was too keen on if it did not look absolutely natural and perfect. I spoke to Mick a few times about what was going to happen and I quickly noticed Mick was a humble man that loved what he did and made me feel he had my best interest at heart. I think everyone who does not like going bald should make an appointment to go and see Mick. After spending 12 hours with Mick as he painstakingly transformed me from a middle-aged balding man to a man who looks like he prefers a close cut, I can honestly say Mick is an extremely decent man who is incredibly passionate about helping fellow bald men and scalp damaged people regain their natural look. I cannot think of anything more boring than spending all day putting tiny dots on skin, but Mick loves the challenge of blending the tattoo with your hair so there is simply no way anyone can tell which is mick’s work and which is your natural hair. Even before my last visit to Mick’s studio I showed some people, and they could not believe I was bald. They had to touch my head to feel the difference between the part of my head that had hair, and the part of my head that Mick had performed his genius artwork on. There was never any pain through the process, I nearly feel asleep most of the time. There was never any discomfort or itchiness during the healing process; it was always like nothing had happened. As each treatment progressed, I was truly surprised with how things looked. People will not “notice” your hair, and that is the point; they will not notice. When your hair is receding and you are going bald, they instantly notice; this treatment will take the focus off your hairline and put the focus back on where is should be; you. There truly is not one single issue, concern, or downside. As for the cost of the treatment: when you look at the cost of running a business from a super clean professional clinic in Perth, the cost of advertising and licenses, equipment costs and the 12 hours of treatment Mick had to spend on the awesome natural artwork on my head, it is incredibly cheap. This is not a popular service like it is over in the East and other countries so take advantage of the cheap cost now before the idea catches on in the West and the price increases to where it should be. If you don’t like the look of a receding hairline and going bald, this is the best thing you will ever do. 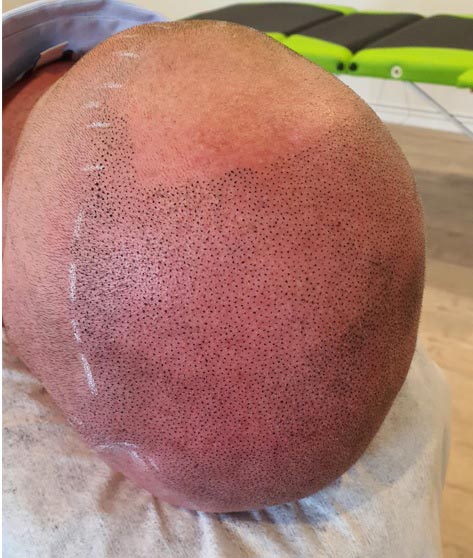 Isaac Newton
Michael is very easy going while at the same time extremely professional. He didn't put on any pressure to commit during the initial consultation and gave honest advice explaining each step of the process. His work is excellent and goes above and beyond to make sure you are happy with the result. 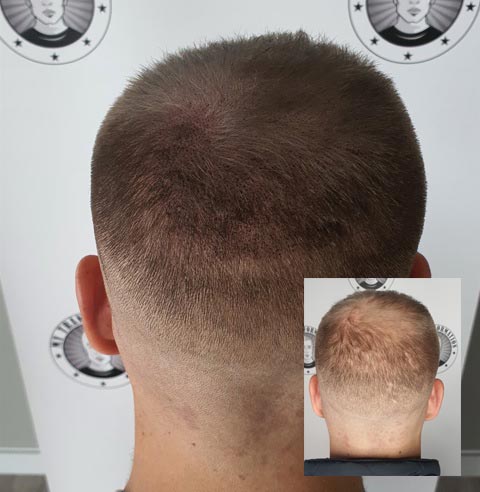 Steven
My experience with Mick at My transformation was absolutely satisfying and life changing! Totally recommended! Believe you can have a better version of yourself!!!👌✌ 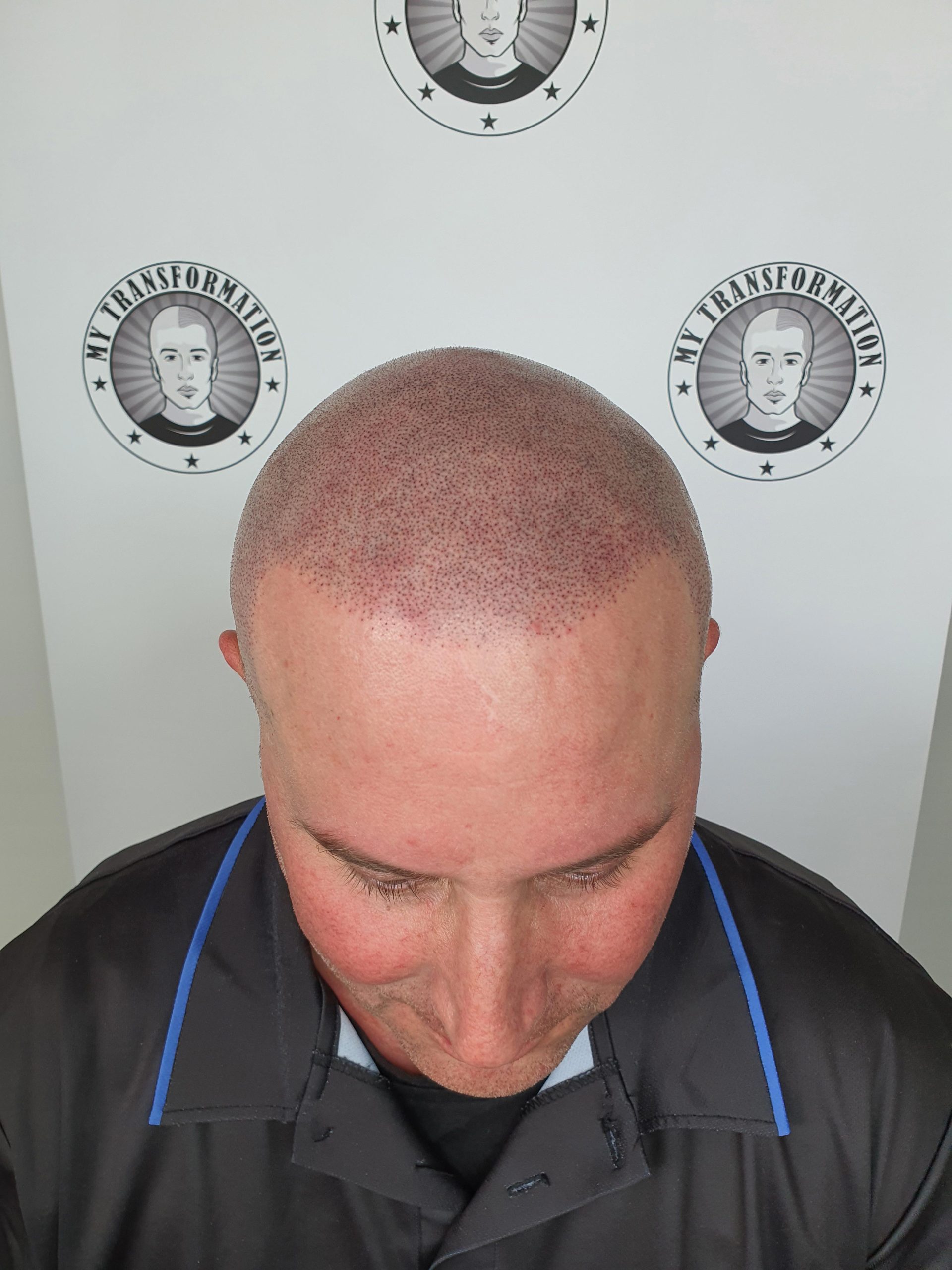 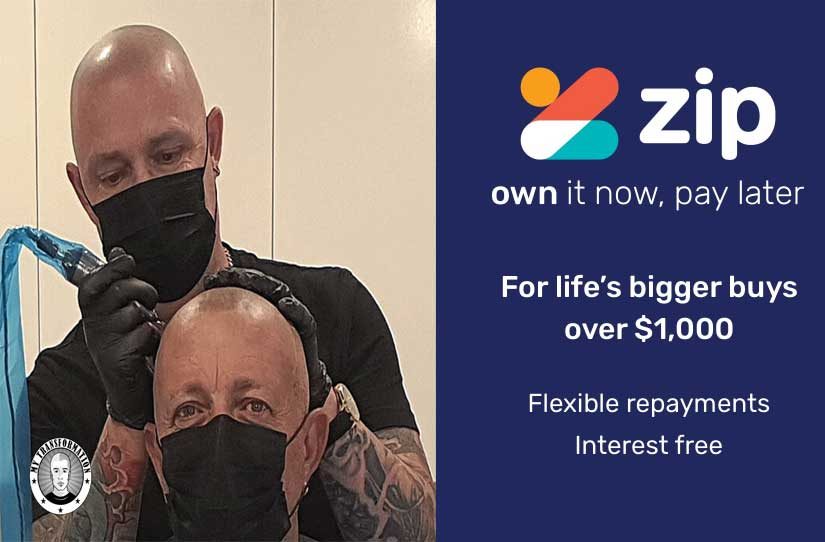 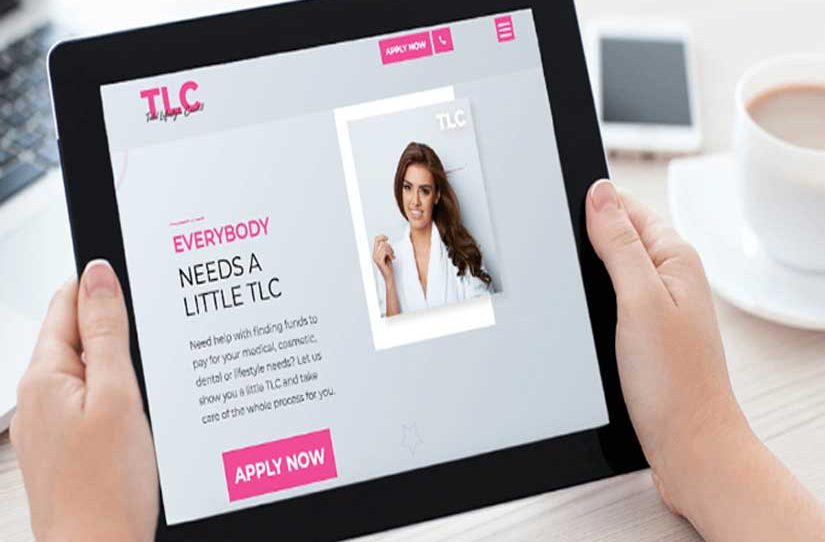